A number of Crimean War veterans from the Army and Navy appeared in the procession at the Lord Mayor's Show (9th of November 1890), accompanied by the bands of the Coldstream Guards, Scots Guards, and 2nd Life Guards, and the pipes of the 1st Royal Warwickshire regiment.

These survivors travelled in open-topped carriages containing four people each. Eleven such carriages carried men of the Light Brigade under the banners of "Survivors of the Charge at Balaklava" and "Battle of Balaklava Heroes". Notably included at their head were Trumpeters Landfried 17th Lancers and Perkins 11th Hussars. 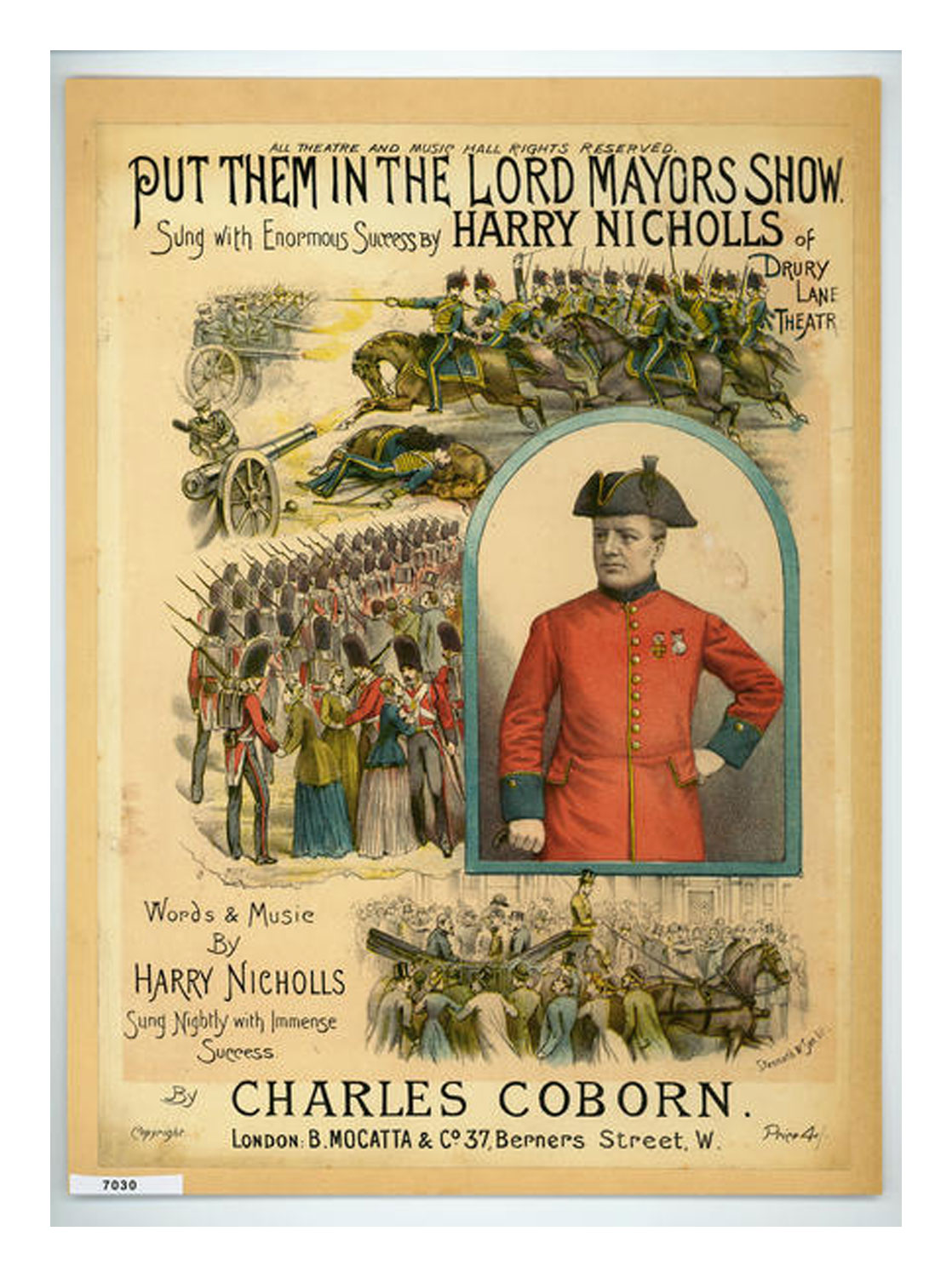 The Charge, depicted at the top of the cover.

[RM, March 2012: A specially printed programme for this event lists these men [In hand].]